It’s a good thing 75% of U.S. adults surveyed by Morning Consult say that reducing individual carbon emissions influences their behavior, their purchasing decisions or both. Making energy efficiency part of daily thought and action can help the planet meet climate change challenges, and it looks like consumers are ready to do their part.

Are regulators and utilities leveraging that willingness? Not yet, and it’s time for energy efficiency to take a more defined role in meeting state and utility goals in emissions-reduction and climate-mitigation efforts.

That is a key take-away from a recent report, Meeting State Climate Goals: Energy Efficiency will be Critical, published by the American Council for an Energy-Efficient Economy (ACEEE), a nonprofit research organization focused on policy development. In the report, ACEEE examined which U.S. states have clean energy standards (CES),and which have pledged to reach 100% clean electricity generation by some specified date. Researchers found that state CES are “not clearly defining the essential role that energy efficiency must play” to achieve the ambitious goals various states have pledged to meet.

Worse, most states – and the U.S. as a whole – are not on track to meet reductions necessary to meet 2015 Paris agreement goals of cutting emissions to keep global warming below 2 degrees Celsius. The most recent Emissions Gap Report released by the United Nations on October 26 maintains that current national pledges leave the world “on track for a global temperature rise of at least 2.7°C this century.” The time has come for fast action and impact. Energy efficiency can deliver it.

It pays to save

According to the ACEEE report, “ambitious energy efficiency policies can get us about halfway to achieving national GHG goals by 2050.” The International Energy Agency (IEA) agrees. Its recently released roadmap of actions for the next three decades calls energy efficiency “an essential” step we should take. IEA estimates we need “energy efficiency improvements averaging 4% a year through 2030 – about three times the average over the last two decades.”

One of the reasons using less energy is so crucial now is that some 60 percent of electricity generation still comes from fossil fuels, according to the U.S. Energy Information Administration. That means the energy we don’t use is not only the cheapest energy around, it also is a powerful tool for slashing greenhouse gas emissions.

Efficiency measures – particularly when combined with demand management – can help grid operators integrate more renewables, too. Partly this comes from lowering overall consumption. “Combined with demand response (DR) to shift loads from peak to non-peak periods, efficiency can have an even greater impact,” says ACEEE’s Meeting State Climate Goals report.
Solar power, for instance, starts winding down about the same time people are coming home at day-end and flip on the air conditioner to cool the house. Demand management can level out that steep ramping up of power usage.

The ACEEE report also notes that “energy efficiency can help facilitate electrification” of transportation and home heating. “One of the major concerns with large-scale electrification is that the new electric loads from the transportation, buildings and industrial sectors could require major build-outs of new generation, transmission and distribution assets, raising costs and risks for customers, unless such potential growth is reduced by large-scale investments in efficiency and other demand-side solutions,” the report states.

It’s a reasonable concern. Last year the City of Palo Alto, California, evaluated electrifying all single-family residential properties within city limits as a means of meeting its 2030 emission targets. Utility operators forecast that significant upgrades would be needed to facilitate extra load on the distribution system because 95 percent of transformers, 20 percent of secondary distribution lines and 25 percent of the city’s feeder lines would be over capacity as a result of this change.

Using less energy through efficiency measures would help mitigate these kinds of electrification strains and, as the U.S. Environmental Protection Agency notes, “Improving energy efficiency is generally less expensive than investing in new generation and transmission.”

Despite the benefits of energy efficiency, ACEEE researchers found that out of 17 states or territories with a 100% clean electricity standard, only two – Washington state and Virginia – factor in specific efficiency targets. Two dozen states and the District of Columbia have emission reduction goals, and one third of them fail to mention energy efficiency in any way. New York and D.C. have well defined goals for reduced energy consumption. The remaining 15 states have undefined efficiency targets.

Bottom line: States – and the utilities within them – are missing a huge opportunity if they don’t double-down on efficiency initiatives right now.

An easy starting place to gain widespread residential energy efficiency is feedback mechanisms – particularly those that deliver real-time, easy-to-understand information to consumers when they want it. Handing consumers information about their energy consumption is a proven way to get consumers to curtail energy use.

In 2016, ACEEE examined data sets from 118 studies on energy feedback and consumer response to it. This literature review showed that “feedback can reduce the households' energy consumption up to a realistic 5 to 10 percent.” According to the ACEEE analysis, maximum savings occur with continuous direct feedback provided by an in-home display or other real-time direct feedback mechanism that shows customers what’s happening in their premises in real time.
The ACEEE study also revealed that feedback works better when the information provided to the customer disaggregates household electricity consumption and reveals device- or appliance-level usage.
Other research has found that smartphone-based information is a winner, too. A study conducted in the Netherlands found that 84 percent of participants picked app-based information viewed on a smartphone or tablet when they were given the choice of information delivery vehicle.

The Sense app fits all these success characteristics. And with the Sense home energy monitor capabilities built directly into Landis+Gyr’s Revelo smart meter, consumers can simply download the Sense app with no hardware or device to install. This enables easy access for all utility customers.

That’s important, because consumers are recognizing the urgency of climate change, and they’re ready to help. Yale University’s most recent Climate Change in the American Mind survey indicates that “American views about climate change have shifted significantly in the past six months.” Specifically, Americans’ belief that global warming is happening has increased six points since March 2021, and now 70 percent of people in the U.S. are somewhat or very worried about it. The percentage of those who are “very worried” jumped 10 points between the March and September surveys.

This is a great time to put the power to understand energy consumption in consumers’ hands so they can change their energy usage for the better. Here’s a link where you can learn more about how Sense can help.

Morning Consult survey; UNEP Emissions Gap Report 2021; IEA roadmap; EIA data on electricity generation; City of Palo Alto study; US EPA comment; ACEEE, “Consumer Feedback Systems: How much energy saving will they deliver and for how long?;” Springer, “The use of apps to promote energy saving: a study of smart meter–related feedback in the Netherlands;” Climate Communications, Yale, “Dramatic increase in public beliefs and worries about climate change.” 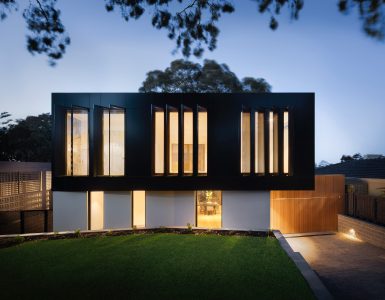 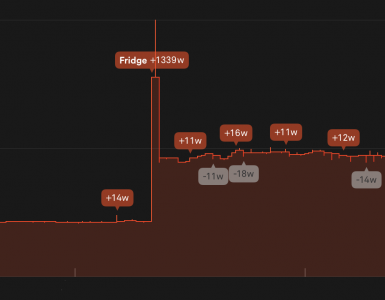 The Power of Real Time

Imagine it’s the end of a long day and you look forward to getting home and relaxing. The only thing standing in your way: traffic. It could be a short or long commute, depending entirely on unpredictable traffic conditions. But thanks to the... 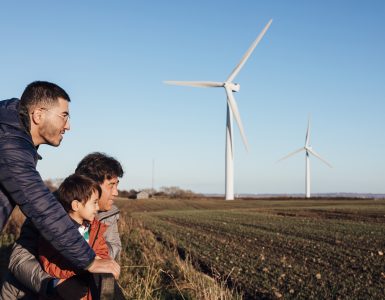 This spinning blue sphere we call Earth is on the path toward an unlivable climate unless we achieve net zero emissions of greenhouse gasses by 2050, says a 2021 report from the United Nations. Energy efficiency could make up 40% of the emissions...

Talk to the Sense Team

To meet the team at an event in your region or to explore how Sense can help you and your customers, please get in touch.
Talk to Sense